Christopher Shields is an American author. He is an erudite man who has many degrees to his credit from a B.A. in Criminal Justice, M.A. in Sociology and a J.D. of Law degree. To top it all, he also holds a Ph.D. in Public Policy. Shields is one of the most qualified writers of fiction, which is his first love. He works late into the night to create a world of immortals, secret love affairs and a battle between good and evil. Christopher has taken a cue from the readers – love for the supernatural and accordingly, has written some excellent novels with this theme.

Shields has also written many non-fiction books. He has specialized in domestic terrorism, which forms a subject of his non-fiction books. Shields uses his pen and imagination to good advantage in his novel “The Steward.” This is the first book of a four-part series “The Weald Fae Journals.” Weald Fae is Shields’ view of a supernatural world which is pure imagination. In his novel “The Steward,” Shields creates a world Fae, replete with magical powers and the supernatural. The heroine of the novel, Maggie O’Shea is a fifteen-year-old girl who loves a man named Gavin, who is a very powerful Fae. Shields has created a lovely character in Maggie. The young girl relocates from a place called Boca Raton to a secluded forest. Boca Raton is a lovely place with superb beaches, while her relocation is to a lonely forest in the Ozark Mountains. In the forest, she becomes the Steward of the most sacred Fae.

The Fae are a class with supernatural powers. Maggie is ready for all challenges, but two young men come across her life. Both these men have superpowers. One of them would like nothing better than to destroy Maggie and the world around her, while the second wants to use his powers for the good and save humanity. Shields creates a clash between the two young men, both with supernatural powers. This has the making of an excellent story. The reader can’t help being engrossed. Maggie now has a task on her hand as she has to fight the evil forces to save the entire world that includes her friends. Shields creates a magical world. His prose is simple and the novel, engrossing

The novel will appeal to readers who have a liking for fairy tales. Shields has created a magical world and in the process shows that he has a most fertile mind. The novel runs into 326 pages of sheer entertainment and can be classified as a fantasy saga. In case a reader’s cup of tea is a fantasy world replete with superpowers and the supernatural, this book is sure to hold the reader’s attention. Shields is a resident of North West Arkansas. He is a full-time worker as a professor of criminal justice at the university. He is happily married and lives with his family and his dogs. 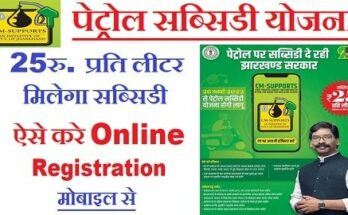