The Medical Tourism Council (MTC) of Maharashtra has a mission of making India the #1 medical tourism destination in the world. The members are working diligently to bring together corporate interests in both the medical sector and the tourism sector. The vision is to offer world class medical services to foreigners in a land that offers exotic vacations as well.

Countries such as India have been quick to recognize that the Western world is not providing timely and affordable medical care to its citizens. In both the United States and Canada, it is not uncommon to wait for more than 4 months to be seen after a referral is made. Then, there is more waiting time while tests are scheduled. Additional time passes waiting for the test results. If the result is that there is a need for a procedure, it could be several more weeks before surgery is scheduled. Non emergency medical attention may be extended for up to two years. There is basically no wait time in foreign countries such as India.

The MTC is targeting several Western markets. One of those is the 43 million uninsured in the United States. What happens to the average person from a developed country, who is uninsured and in need of a heart bypass? If not aware of the option of medical tourism, the uninsured worker will face the choice of going without the surgery, or of withdrawing his life savings, or taking out a loan in order to pay for the surgery. The same worker can obtain the surgery in another country for $10,000 vs. $70,000 in the US. He can get a knee replacement for $6,000 vs. $50,000! Although still a large amount of money, it is much more attainable abroad than in the home country. The cost of services in India is approximately 1/3 less than other Asian countries that are competing as the destination of choice for medical tourists.

The Medical Tourism Council is also doing heavy marketing campaigns to Western insurance companies. More and more, it is the insurance agent who suggests (and in some instances, mandates) having the surgery done in another country. An increasing number of insurance companies are not only agreeing to overseas medical services, but are advocating or insisting that the patient obtain the less expensive services as a medical tourist. They are recognizing that outsourcing medical services to India will save tens of thousands of dollars in payouts, even if they need to pay airfare in addition to the medical bills.

The Indian Finance Minister recognizes that the opportunity exists to rebuild the infrastructure of the country, by generating medical tourism revenue. While the MTC is busy marketing, the government of India is working to ensure that state of the art facilities are built and that accreditations are secured. India is experiencing a medical tourism growth rate of 15-20% annually, and it is anticipated that 2.3 billion in revenue will be generated by 2012. The monies can then be used to provide a better lifestyle, including medical services, to the citizens of India who are living in poverty. It is anticipated that the flourish in the medical tourism industry will provide 40 million jobs to Indians.

India has long since been recognized for its top education systems. The universities are producing between 20,000 and 30,000 new doctors and nurses a year, designed to staff the state of the art hospitals across the country. Upon graduation, many travel to developed countries for further training. In the past, many of the graduates who have left their homeland to work in the developed countries have not returned to India. They have continued practicing in the developed nations, choosing to reap the benefits of the high salaries that countries such as the U.S. offer. The trend is reversing and now many of the doctors who have practiced as some of the top surgeons and specialists in developed countries are now returning to set up specialty clinics and hospitals. India now offers over 200 specialty services and is recognized worldwide to be on par with the best in the world.

The medical tourist destined for India need only decide which part of India they would like to visit and recover in. For those wanting the hustle and bustle of city life, a destination would be Delhi. Agra offers the medical tourist one of the seven wonders of the world, the Taj Mahal. Rajasthan borders the Thar Desert and has a history of romance and heroism. Goa is the home of miles of golden sand beaches and palm trees, and Kerela is the location of the networking of forty four rivers. Muntui (Bombay) is the equivalent to Hollywood in the United States and is the finance capitol of India. For those wanting to absorb the cultural mecca of India, with music and world class art, coffee and fragrances, one would want to travel to Karnataka, in South India.

The collaborative goal, powered by the vision of the Medical Tourism Council, is to make India the number one destination choice in the global medical community. The low costs and high quality services, the education of world renowned doctors, the cutting edge technology, the state of the art resort type hospitals and the beautiful vacation spots are all being highlighted by the MTC, and India is quickly moving to the forefront of the global medical tourism industry! 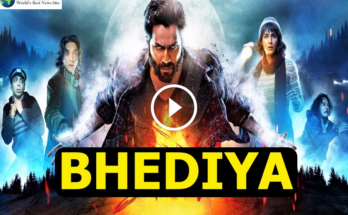 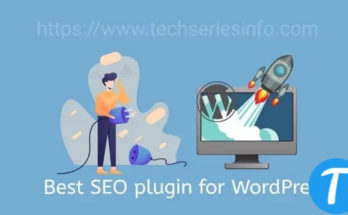