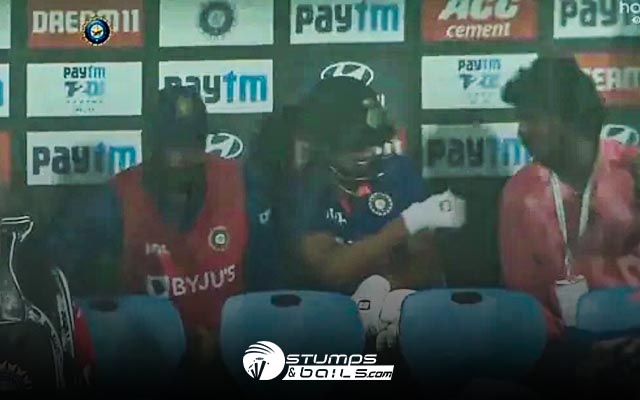 After a video of the Indian opener, Ruturaj Gaikwad refusing to pose for a photo with a ground crew went viral on social media. Fans slammed the batsman on Twitter. After rain delayed the start of the match, the event occurred during the fifth and final T20I against South Africa at Bengaluru’s renowned M. Chinnaswamy Stadium. Here in this article, we talk about Ruturaj Gaikwad trolled for Refusing Selfie With Ground Staff.

As the proceedings were being halted due to severe weather, a ground crew was spotted entering the Indian dug-out, where Ruturaj Gaikwad was waiting for the skies to clear. The ground personnel then sat close to the batter for the Chennai Super Kings (CSK) and sought to take a photo with him.

Ruturaj Gaikwad, on the other hand, was not satisfied with the employee’s demeanor and refused to take a photo with him.

A groundsman was trying to take a selfie with #RuturajGaikwadbut the opening batter didn’t seem to be interested#INDvSAhttps://t.co/N9hdtaHYLc

The entire altercation was captured on camera, and the video went viral on Twitter, with many cricket fans criticizing the Indian batsman for his treatment of the ground personnel.

“Ruturaj Gaikwad made a really poor and insulting gesture. “It’s sad to see these groundskeepers being abused this way,” one Indian cricket fan commented on Twitter.

“Gaikwad has provided me with chances. “There will come a moment when no one wants to snap a selfie with him,” another user remarked on Twitter.

Meanwhile, due to the constant rain, the fifth match of the series between India and South Africa was called off, forcing both sides to share the title. The hosts won the next two games after the Proteas won the opening two.

Bhuvneshwar Kumar of India was voted Player of the Series for his outstanding performance during the series, and the Uttar Pradesh bowler called it a “proud moment.”

“Winning Man of the Series is always a wonderful achievement, but winning it as a bowler in T20 is even better.” Whether it’s bowling or fitness, I’m always striving to improve.

I’ve been playing for a long time, and my part has always been the same. Bowl two during the powerplay, and bowl two at the conclusion. These things are always the same, but as a senior, I am constantly thinking about how I might help younger people.

Returning to Ruturaj, the great Sunil Gavaskar and former India cricketer Sanjay Manjrekar have both expressed their admiration for him and anticipate him to play for the national squad in all three forms.

“Ruturaj Gaikwad is another player who has very few areas to improve. There is nothing really required as far as Gaikwad’s improvement is concerned. He has got all the shots in the book, but the most impressive aspect is his shot selection. Whatever shot he plays, he doesn’t get cowed down,” Sunil Gavaskar said.

In a video shared on his Twitter account, Manjrekar remarked,” I hope Ruturaj carries this form because I think there is class there. He has the promise to be an all-format player, which is always nice to be rather than just be one-dimensional,” 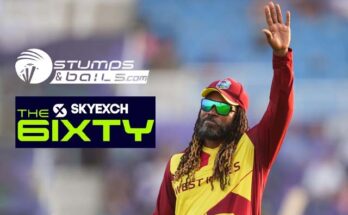 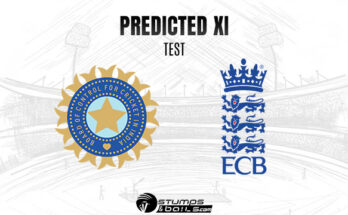