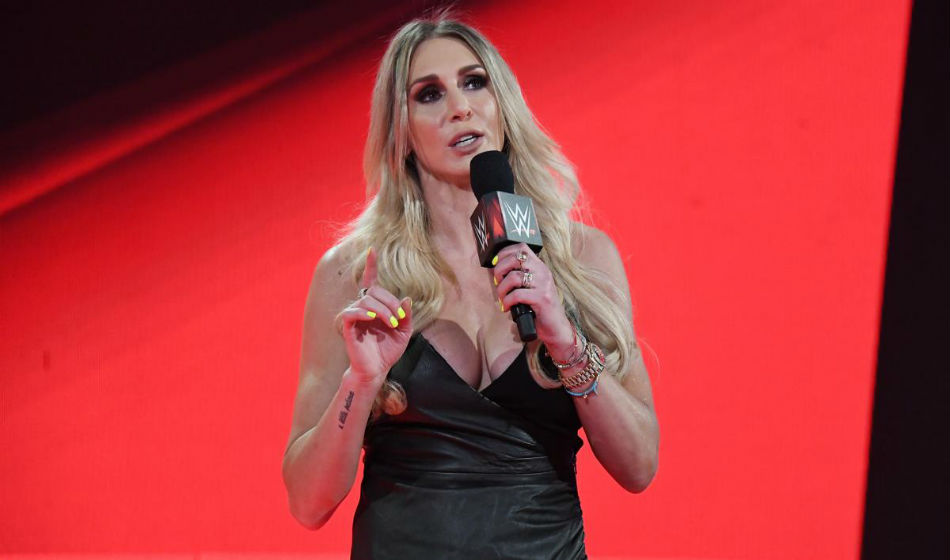 In a first time cross-brand match involving NXT and Monday Night Raw, Charlotte Flair could end up challenging the WWE NXT Women’s Champion Rhea Ripley. These two have recently confronted on multiple occasions but the confirmation of the match is yet to happen.

Now, the updates reports claim that the bout for the WWE NXT Women’s Title for WrestleMania 36 could be confirmed during Sunday’s NXT “Takeover: Portland” event.

Charlotte Flair is the Women’s Royal Rumble winner who has all the rights to choose a champion of her choice in any of three brands present in the WWE. Hence, she will go with the one present at the black and yellow brand setting up a match that the hardcore NXT fans will love to see.

Spoilers suggest the confirmation of this big Wrestlemania match could happen this Sunday night grabbing more attention from the mainstay audience where WWE has a major NXT event in-store.

According to the reports of PWInsider.com, the ongoing storyline will continue at NXT TakeOver: Portland on February 16th where the Rumble match winner, Charlotte Flair is scheduled to make an appearance,

“The current plan for this Sunday’s WWE NXT Takeover: Portland is for Charlotte Flair to be in attendance to further her storyline with Rhea Ripley leading into WrestleMania 36.”

Rhea Ripley will defend the NXT Women’s Championship against the number one contender Bianca Belair at NXT TakeOver: Portland. She is the absolute favorite to throttle the resistance shown by the heel Belair and carry on her reign through the Road to WrestleMania.

Please View My Other Sites

Major beliefs suggest Charlotte Flair will once again have a face-off with Ripley after the latter’s victory at TakeOver to finally seal the stamp on a mouth-watering bout.

Rhea Ripley was the one to kick off the feud as she recently called out the ten-time Women’s Champion on the post-Rumble edition of RAW, volunteering her championship at the grandest stage of them all. Flair then appeared on NXT but ended up receiving a double-team beatdown by both Ripley and Bianca Belair.

Ripley then returned to RAW on this week’s episode to defeat Sarah Logan in a singles contest to have a stand-off with Charlotte Flair who denied to accept the challenge for WrestleMania 36. The Queen wanted to wait until NXT TakeOver as she has doubts whether Ripley successfully retains over Belair, or not.

Thus, a Wrestlemania match could be confirmed on NXT programming, for the first time on this upcoming Sunday night. As of now, this is the only scheduled NXT title bout on the main card of the ‘show of shows’ on April 7th.

But the equation could change depending on how NXT TakeOver: Portland goes by on Sunday night. Here are the present match lineups for first solo NXT special of 2020 on the WWE Network,

You have already subscribed

How to Improve Your Affected Accent Factors

ABOUT US
Newspaper is your news, entertainment, music fashion website. We provide you with the latest breaking news and videos straight from the entertainment industry.
Contact us: contact@yoursite.com
FOLLOW US
© Newspaper WordPress Theme by TagDiv
MORE STORIES